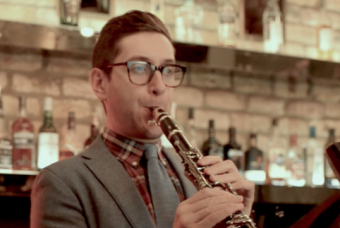 This vintage clarinet trio are an outstanding Jazz Collective, whose musicians have worked alongside; Kurt Elling, Judi Jackson, and Ashley Henry. 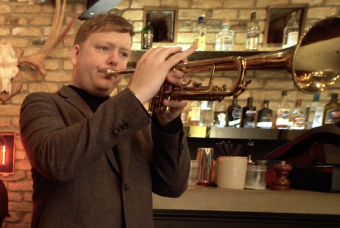 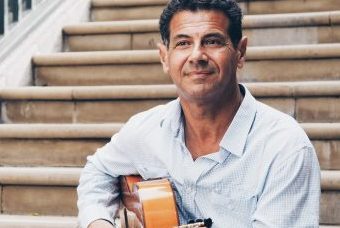 Dom is an incredible guitarist whose music has taken him across Europe, the U.S, and South America, working alongside artists as diverse as Stevie Wonder, Courtney Pine, Lance Ellington, and Albert Tootie Heath. Dom provides exquisite background music in many styles, ranging from Flamenco, Calypso and Reggae, to Latin, Soul, and Jazz. 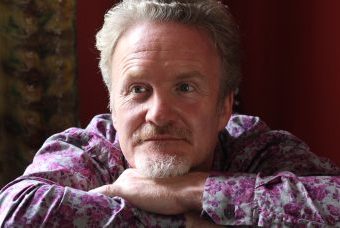 William is a prolific pianist whose career encompasses U.S chart success with his Jazz/Beats project, Heavy Shift, stage and studio appearances with the likes of Sir Tom Jones and The Brand New Heavies, and commissioned compositions for the BBC and Sky Television. His repertoire covers Jazz, Blues, Soul and Pop, with fresh arrangements given to works by the likes of Alicia Keys, Rihanna, and Nirvana. 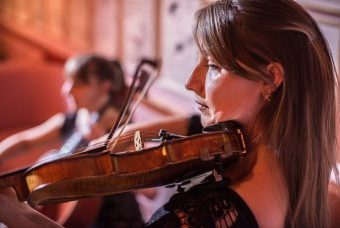 ESQ provide a relaxed and elegant ambience for any event. The members of ESQ have trained at prestigious colleges across Europe and have performed at countless weddings, parties, opening ceremonies and functions. They have played at The Royal Opera House, The Royal Albert Hall, Cadogan Hall and many other exciting venues, and their repertoire covers Classical, Folk, Musicals, and Pop. 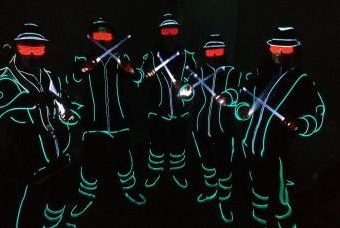 The Glow-Show LED Drummers deliver a breathtaking live percussion and dance show. The combination of beats, rhythms, world music inspiration, and a choreographed LED show results in a truly awesome sonic and visual spectacle. There simply is no other band like it. 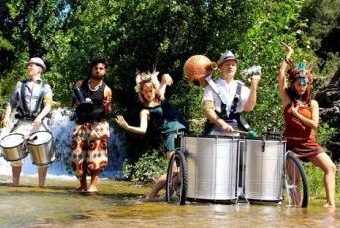 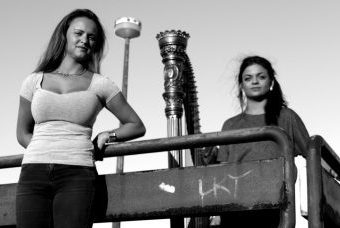 Our Harp and Trumpet Duo is a truly unique addition to any event.

Performing a wide range of material from Classical and Jazz, to Soul and Pop, and covering material as diverse as Gershwin, Sinatra, Michael Jackson and Daft Punk, this duo are perfect for weddings and events. 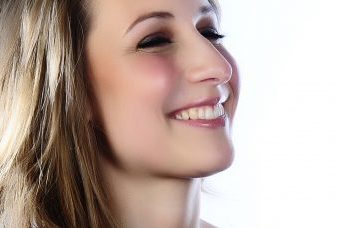 Charis is an outstanding violinist who has worked with many of the UK’s leading orchestras, including the John Wilson Orchestra. She has performed at Wigmore Hall, Cadogan Hall, and Live on the Andrew Marr show. Charis’ solo violin performances add a touch of class, elegance, and fun to any event. 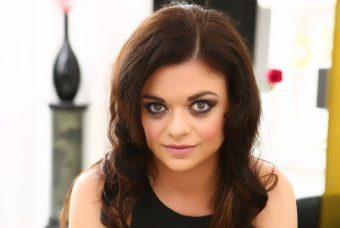 Cecilia is a superb wedding harpist whose repertoire covers current pop artists, such as Bruno Mars, Adele and Coldplay, plus Classical, Jazz and Folk standards.
Cecilia has performed at venues such as Birmingham Symphony Hall, the Royal Albert Hall, Wigmore Hall and the Barbican and is a former finalist in the BBC Young Musician of the Year. 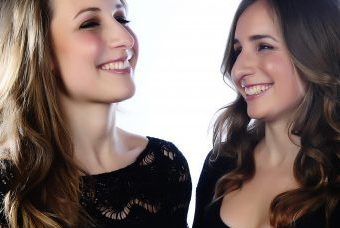 Cello and Violin are a beautiful addition to wedding ceremonies and drinks receptions, or any event where an understated elegance is key.

This duo perform a wide range of material including Classical, Musicals, Pop and even Disco tunes. 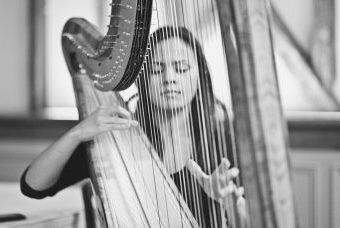 Isabella is a graduate of the Purcell School of Music, and the Royal College of Music. She has performed at many prestigious venues, including Buckingham Palace and Windsor Castle, for the likes of HRH Prince Charles, and HRH Prince William.
Isabella is equally at home performing Classical repertoire as she is performing Current Pop music and Jazz. 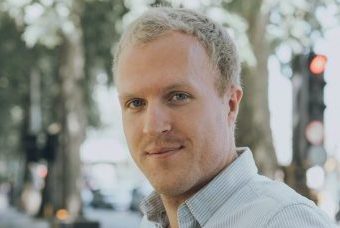 Ed is a gifted pianist whose work has taken him across the globe, performing at prestigious venues from London to the Maldives, and for such notables as the Duke of Marlborough and David Cameron. He holds a Masters in musical composition from Durham University, and performs a wide range of solo repertoire from Pop artists such as Adele and Coldplay, to Jazz standards, Songs from musicals, and Classical. 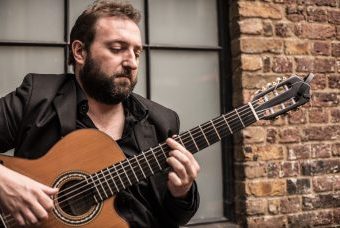 Andres is one of the foremost Spanish Guitarists and Flamenco musicians in the UK.
Born in Grenada, Spain, Andres studied music at The University of Grenada before moving to London, where he has gained a wealth of live and studio experience and has brought his own Flamenco shows to venues such as Ronnie Scott’s, The Barbican, and The Union Chapel. 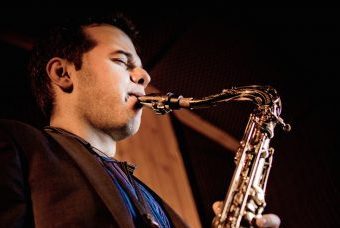 London Jazz Collective comprises of the the UK’s most in-demand jazz musicians, who have worked alongside the likes of Al Jarreau, Stacey Kent, Hiromi, Ray Gelato, and Alan Barnes. Available as a trio, quartet with drums and quintet with trumpet, this exceptional band are ideal for weddings and events. 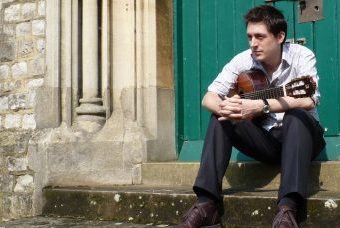 Mark is an outstanding classical guitarist who has worked alongside the likes of Joyce Moreno and Frank Sinatra Junior. Mark’s repertoire covers Jazz, Bossa Nova, Classical, Popular and contemporary and his sound provides the perfect backdrop for wedding ceremonies and drinks receptions. 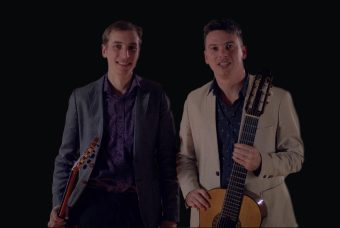 Luiz effortlessly blends together the harmony and improvisation of the Jazz masters, with the distinct rhythms of his native Brazil; Samba, Bossa Nova and Choro. He can perform in a variety of instrumental lineups, as well as with a vocalist. 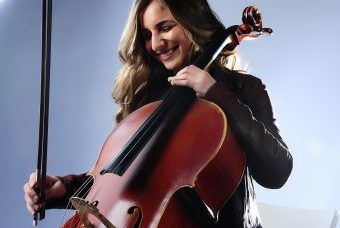 Solo Cellist, Kirsten, won scholarships to study at prestigious music colleges in England, Scotland and Switzerland. She has performed across the UK, Europe and in the U.S. Her varied repertoire, outstanding musicianship, and elegant look make her the perfect addition to any event. 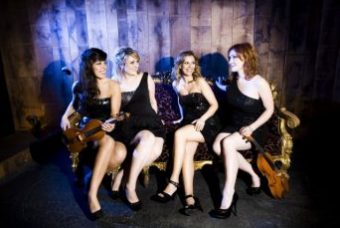 Vicenza Strings are an all female classical and electric string quartet. Trained at the world’s top conservatoires, the girls love to engage audiences – small or large – and deliver a sophisticated, classy performance, with material ranging from Lady Gaga to Bach. Members of the quartet have performed at venues including The Royal Albert Hall, St James Palace and Tower of London, and alongside artists including Rihanna, Emeli Sande and Leslie Garrett. 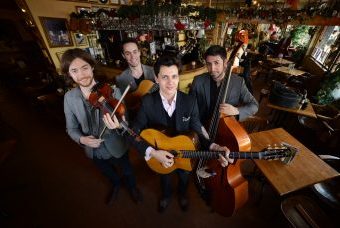 Nouveau Boheme comprises some of the country’s finest Gypsy Jazz musicians. Between them they have performed at Wembley Stadium, The Royal Albert Hall, Buckingham Palace, Festival Django Reinhardt Samois sur Seine and at the BRITs after party. They play a mixture of Gypsy Jazz, Parisian Musettes, and Jazz Standards, all performed in the inimitable style of Django Reinhardt and the Hot Club of France.

DJ and Saxophone brings a stylish and unique sound to any event.

Our duos can perform a background set, an upbeat commercial set mixing Pop, Soul, and Dance hits, or even a euphoric Ibiza style House set. They have have worked alongside the likes of Nile Rodgers, Donna Summer and Craig David, and have performed at countless weddings and events. 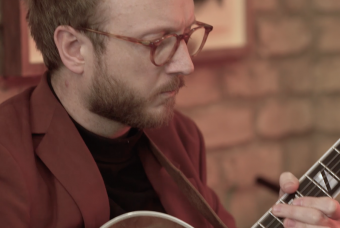 Our Jazz Guitar Trio have worked with some of the biggest names in UK Jazz, including Robert Mitchell, Soweto Kinch, and Gary Husband, and have written for Pop artists, such as Little Mix, Professor Green, Ed Sheeran, Alexandra Burke, Sway, and Girls Aloud. The trio provides a cool, relaxed ambience to suit to any event. 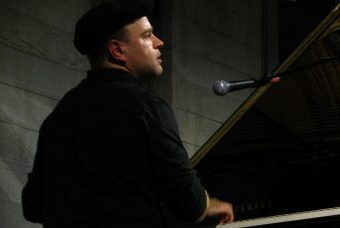 John is an IMA nominated musician, and is a regular at venues such as Ronnie Scott’s, the 606 and Queen Elizabeth Hall. He has performed alongside world renowned artists, including Andy Williams, Bjork, Kirsty MacColl, Gilad Atzmon and Airto Moreira and has released an album of his own compositions.

His repertoire covers The Great American Songbook, Jazz, Latin, and Pop and Soul classics by the likes of Stevie Wonder, The Beatles, and Queen.

"The Briggs Street Players were amazing at our wedding. The dance floor was full all night and the music was fantastic! James was so helpful before the wedding and couldn't have done more to help us. Would highly recommend them!"

"Sound Generation have been amazing! Great in communicating between us and the artists that we had at our wedding. Very friendly, professional and was always willing to cater to our needs. We had Adam, he is an incredible singer and musician, and DJ Ray who is an amazing DJ, he kept everyone dancing until the end of the night! We would 100% recommend SG for a wedding or any party!"

"A big thanks to James and the Briggs Street Players for the amazing job they did at our wedding. All the guests were impressed at how awesome the band was. James was extremely organised and accommodating leading up to the day, things couldn't have worked out any better."

"We would absolutely recommend James and his team to help you get it right. Our guitarist, Dom, set the tone for the reception outside and also played our Processional music beautifully. The Briggs St Players got it spot on for the evening and we finished on a raucous high that hit quite close to a sophisticated mosh pit. My 80yo parents were dancing as well as the teenage bridesmaids."

"Where do I start - YOU GUYS WERE MY HIGHLIGHT! The amount of positive feedback and how much everyone has been telling me how awesome you guys were has been unbelievable. Lots of people asking for your details which I've passed on. Please pass on my thanks to the rest of the guys, you were all unbelievable on the night and definitely the best decision I made for the wedding!!"

"These guys are a must if you want true talent at your event. The ceremony was so touching with Daniel singing a few songs for us - and for the party later, Briggs Street Players just smashed it! From the moment of booking, planning additional equipment, and song requests, all so easy. Wow - what a perfect day with the most amazing musical addition we could have wished for. Thank you!"

"We used Sound Generation for all the music at our recent Wedding (3 bands throughout the day). James helped to advise and recommend the best musicians to suit our vision and we couldn't have been happier. Our guests were blown away by the standard and vibe and are still talking about it! A very professional agency with excellent musicians."

"The High Tones were brilliant! They did a FANTASTIC job - everyone loved them!"